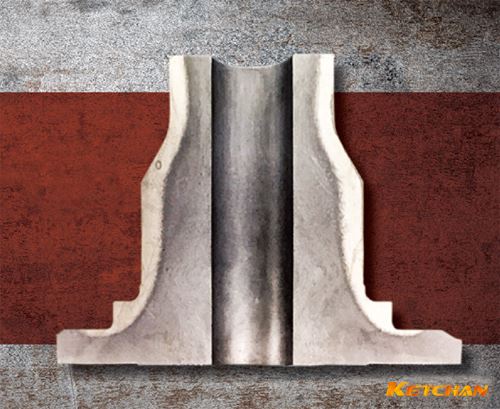 The fundamental characteristics of electromagnetic induction make it attractive to the heat treatment industry in an era of environmental awareness and the pursuit of low costs. Induction heating is a direct method of heating in which heat is generated in the component being heated rather than transmitted to the component from the surrounding environment. Since induction heating generates heat at and below the surface, it is not only fast but usually highly efficient.

The development of transistorized high-frequency power sources in the 1950s and 1960s changed the face of induction heat treatment to a large extent. The advent of synchronous dual-frequency power supplies in the late 1990s and early 20th century has significantly improved the ability to induce hardening, especially for small and medium-sized gears. In recent years, after nearly 20 years of the slow development of induction power, revolutionary technology has emerged — an inverter that can actually modulate the working frequency instantaneously.

Scan hardening is a mature application of variable frequency power supply. The ability to change the frequency provides an ideal solution to meet the hardening requirements of different shapes along the length of the scanned part.

Figure 1 illustrates a scan hardening process for a medium carbon steel (SAE 4140) shaft, providing a suitable case study. This hollow shaft is representative of many modern automotive parts. Its end is in the form of a flange. The diameter of the shaft body varies significantly, with the diameter above and below the transition part being about 45 mm and 50 mm respectively. 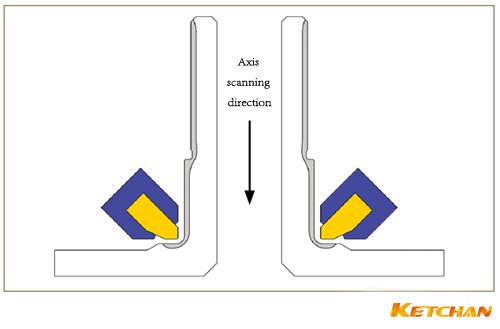 This 5 mm diameter variation is very large relative to the required depth of the hardening layer, making it difficult to control the electromagnetic field and heating. At the inner corners of the diameter transitions, it is difficult to generate sufficient heat to transmit to a relatively large amount of surrounding material. The existence of 0.5 mm grooves effectively improves the local coupling between the coil and the components but poses additional challenges to the process. In addition, the outer corner is prone to overheating because it protrudes outward and enters the magnetic field line region around the single-turn coil.

If a single frequency is used in hardening such a component, 30 kHz is likely to be selected to ensure an effective hardening depth of approximately 2 mm. As shown in Figure 2, the process achieves good hardening along most of the length of the component, but there are problems with the diameter transition. 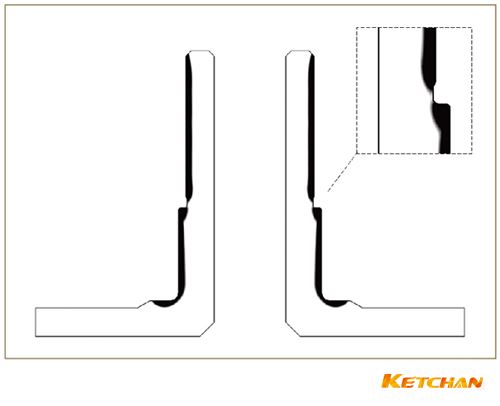 Figure 2. The process achieved good hardening along most of the length of the component, but there were problems with the diameter transition.

Due to inadequate austenitization (i.e., heating), a very small amount of martensite is generated at the grooves. Increasing the coil power in this area and/or extending the effective heating time would seem to be logical corrections. However, this will further increase the peak temperature at the adjacent outer corner. If this temperature is already at a level of 1,060°C(1,940°F), further increases may result in unwanted (and possibly unacceptable) local grain carrying. 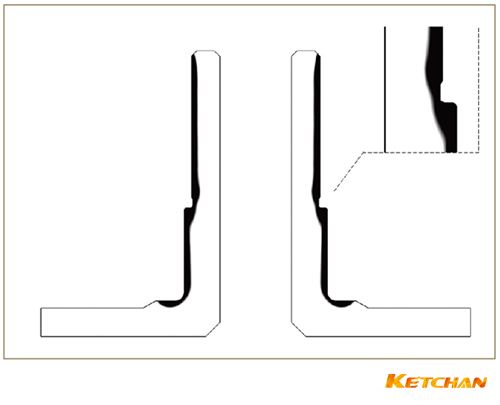 Figure 3. By changing the frequency when heating the diameter transition part, the temperature at the inner corner without the outer corner was successfully raised.

Reducing the inverter output frequency from 30 kHz to 10 kHz increases the penetration depth in the component by about 1.7 times, reduces the electromagnetic proximity effect at the inner corner, and reduces the risk of overheating at the outer corner. This frequency change effectively increased the depth of the surface hardening layer at the slot and reduced the peak temperature of the adjacent shoulder by almost 40°C.

This relatively simple case study demonstrates an important quality advantage of variable frequency scan hardening systems. The ability to adjust the frequency provides additional benefits if the component requires different depths of the hardening layer along the length. In addition, although beyond the scope of this article, IFP technology offers mass and flexibility benefits for many other applications, including horizontal continuous hardening, rotary hardening (for gears and sprockets), temper, and stress relief.

Simulation in equipment and process design:

Using computer simulation in the design of induction heat treatment systems can improve product quality, shorten design time, reduce manufacturing costs, and speed up process development. However, these advantages can easily be erased by the time it takes to develop reliable models and calculate the desired results.

In certain applications, especially those that require three-dimensional simulation, the time required to obtain useful information through simulation is simply unacceptable. Fortunately, the increasing power of simulation software and the falling cost of computer hardware are making this hurdle smaller and smaller.

In the one-time hardening process, an induction coil capable of inducing both circumferential and longitudinal currents is used to heat the whole component to be hardened (Figure 4). The parts rotate during the heating and quenching process to promote uniform hardening of the whole body. The ability to reliably simulate the one-time hardening process in a reasonable time is important to manufacturers and users of induction heat treatment equipment because: 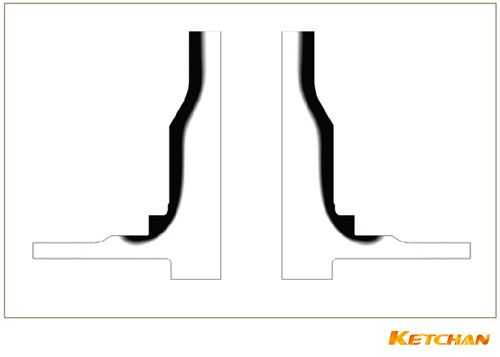 FIG. 4. The one-time hardening process uses induction coils that generate both circumferential and longitudinal currents to heat the components as a whole.

• The design of disposable induction coils is far less intuitive than that of most other induction hardening coils.

• The effect of hardening treatment depends primarily on coil shape rather than process parameters (unlike scan hardening).

Unfortunately, the physical characteristics of the one-time hardening process necessitate the use of THREE-DIMENSIONAL electromagnetic heating simulation, and the time required to establish three-dimensional finite element models and calculate accurate results has been a considerable obstacle. Therefore, the one-time induction hardening process simulation in the industry is still very rare.

However, as Figure 5 shows, this is changing. The increasing power of software, coupled with the decreasing cost of computing resources, makes complex simulations that require large amounts of resources increasingly feasible. Manufacturers and users of induction heat treatment equipment are reaping the rewards. 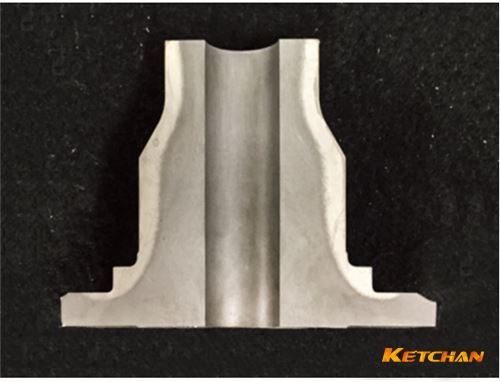 Figure 5. The increasing capabilities of the software and the decreasing cost of computing resources make complex simulations that require large amounts of resources increasingly feasible.