Induction quenching is difficult to control due to its fast heating speed and short heating time, as well as local surface quenching, which makes quality control and stability more difficult. The common defects of induction quenching are insufficient hardness, soft spot, soft belt, quenching crack, and so on.

A.The hardness of the hardened layer is the insufficient or soft point, soft strip control

1. Insufficient hardness of the hardened layer

There are many reasons for insufficient hardness, such as material composition (too low carbon content of steel used in quenching pieces, too little pearlite volume in the original structure of ductile iron pieces), original structure before induction quenching (coarse grain of original structure, surface oxidation, decarburization) and so on. As for the hardness of the hardening layer caused by improper induction hardening process and operation, the main reasons are as follows: 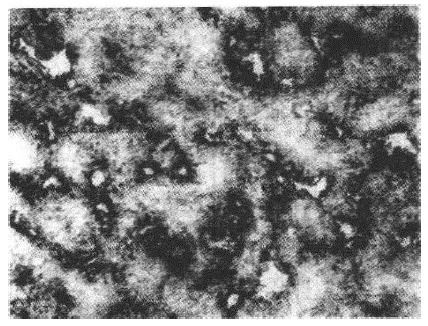 (2) Insufficient cooling. Too long time interval between the end of heating and the beginning of cooling, too short spraying liquid time, too low injection pressure and density, and low cooling speed of quenching cooling medium will all cause insufficient cooling, resulting in the occurrence of non-Martensite structures such as Tortensite in quenching tissues (see FIG. 2). 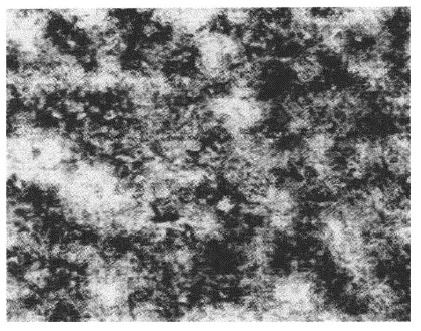 In order to prevent the workpiece from producing insufficient hardness, the mass fraction of carbon of induction quenching workpiece is generally greater than 0.4%, the quality of preparatory heat treatment before quenching is controlled, and the surface of the workpiece should be free from oil, oxidation, and decarburization, etc. As far as the induction quenching process is concerned, the specific power should be increased, the heating time should be extended appropriately, and the distance between the inductor and workpiece surface should be reduced. Increase the water pressure, increase the flow of cooling spray, spray cooling in time after heating, improve the cooling speed, and other measures.

2. Soft spot and soft belt of the hardened layer

B. Control of deformation and cracking of induction quenching

During induction quenching, most of the workpieces show thermal stress warping deformation.For shaft-type workpieces, the hardened layer is not uniform, usually, the workpieces bend to the side of the hardening layer is shallow or without hardening layer, for thin-walled gear with the ratio of inner diameter to an outer diameter less than 1.5, the inner hole and outer diameter have the tendency of expansion, the double gear is a flared mouth. In order to control the deformation, the heat transfer to the center should be reduced. In the process, penetration-type heating can be used to improve the specific power and shorten the heating time. For shaft and rod workpiece, the workpiece is rotated concentrically with an inductor to reduce bending deformation. For gear, on the premise of meeting the requirements of hardened layer, a larger specific power is used to shorten the heating time, and the end face is capped to prevent premature cooling and shrinkage of the inner hole; Also can be in the tooth blank processing, first a high frequency normalizing, and then the processing of inner hole and milling teeth, so as to reduce the shrinkage of the inner hole. When the thin-walled gear is quenched, the internal hole can be cooled by spraying water to control the expansion of the inner diameter. 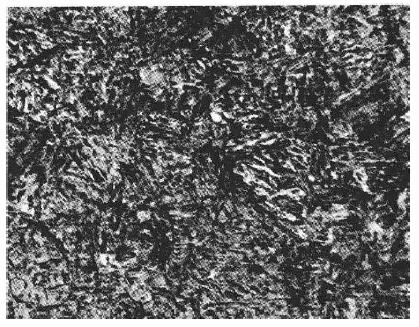 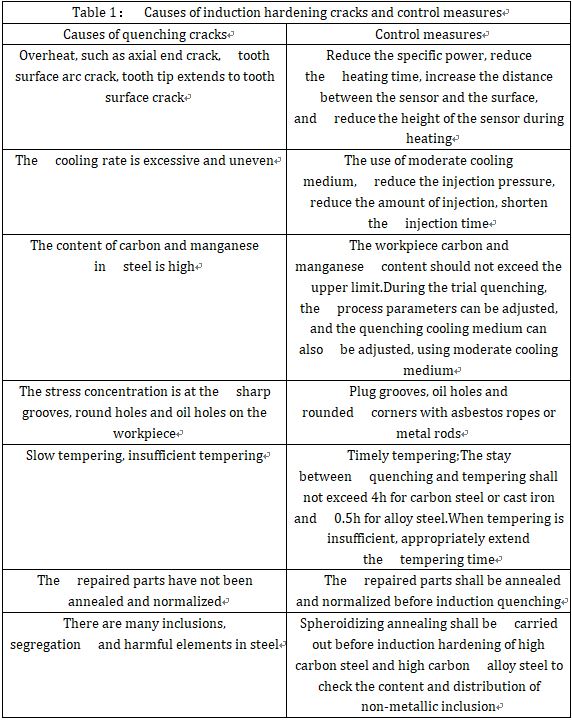