After quenching, in order to reduce deformation, a lot of time will be spent in the finishing process, such as straightening, grinding, etc., to finish the quenching surface. To solve these problems, EMA has developed a series of die quenching machine tools that combine induction heat treatment and traditional die quenching processes for round and disk-shaped parts. Such as sliding sleeve die quenching, as shown in figure 1, the deformation of elliptic parts first fixed in the nonmagnetic centering and clamping device (step 1), began to heating parts (step 2), 900 ℃ when the parts will achieve uniform temperature, then correct the mandrel in place (step 3), and then spray quenching (step 4), correct mandrel role here is to prevent and limit deformation of parts. The sensor then moves down to the part and starts heating. When heated, the part will expand, creating a small gap between the corrected mandrel and the mandrel. The mandrel will freely fall off, and finally, the part will be cooled down. 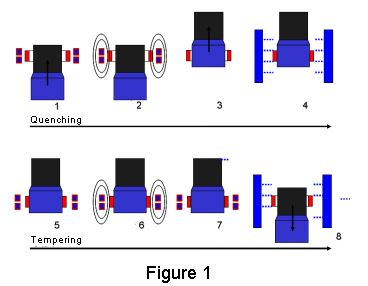 The induction dies quenching of bevel gear is shown in Figure 2. In working steps 3 and 4, there is an additional upper and lower die (green part), which is used to firmly clamp the workpiece in the process of quenching. Die quenching process parameters of bevel gear: power 250kW, frequency 10kHz; In the quenching + tempering process, the beat is 4min, the surface hardness is 680 ~ 780HV30, the depth of the quenching layer is 0.8 ~ 1.2mm, the heart hardness is 350 ~ 480HV30; Results Deformation inspection, the roundness of teeth &lt;0.03mm, the roundness of flange & LT;0.03mm, the taper of inner diameter & LT;0.03mm, the flatness of flange & LT;0.05 mm. 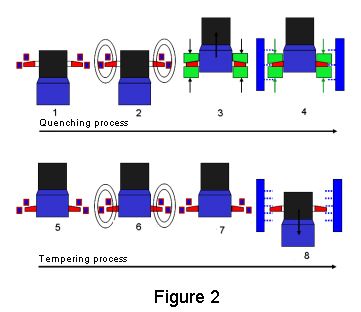 By using the single-tooth “tooth profile” quenching method (see Figure 3), we have carried out single-tooth quenching for wind power gears (see Figure 4A), single-tooth quenching for mining machinery (see Figure 4b), single-tooth quenching for large tooth plate and rack with module of 63 (see Figure 4C), etc., and single-tooth section is shown in Figure 5.Whole teeth long uniform distribution of the hardening layer, decision factors are temperature, temperature control, the distribution of cooling, gap control technology, the heating temperature on the final product quality play a crucial role, the clearance between the sensor control for temperature control is key of EMA quenching machine tool will be installed a sensing probe, high precision of tooth profile for accurate positioning of the initial, avoid the artificial adjustment of gap sensor, the error of gear when quenching distortion, we adopt a follow-up system to adapt to the deformation of the gear so as to ensure the clearance of the sensor is appropriate, to ensure the distribution of the hardening layer is uniform. Along tooth length direction of the energy is uniformly distributed control, continuous quenching, end effects with exports and the sharp edges at the entrance, cause local overheating or less heat, light, lead to the uneven distribution of the hardening layer, or lead to crack, so the need to control the temperature uniformity, given the limitations of infrared temperature measurement method, energy method is the only possible way to control, EMA has developed an along the tooth length direction of the temperature control system, the tooth length direction is divided into several small parts, every equal energy, the automatic metering system is less than 0.01 s after its display in the screen operation, if the data falls within the curve area is normal, If it falls outside the area, the system alarms and then adjusts the power and speed to control the temperature. 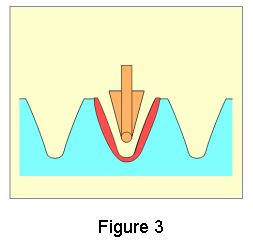 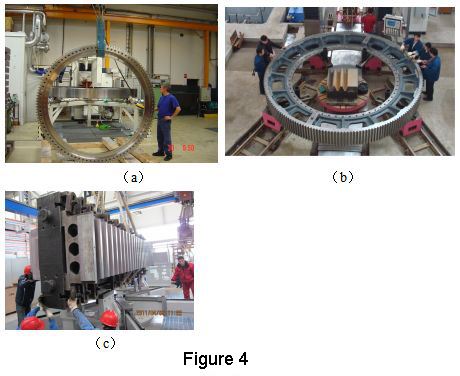 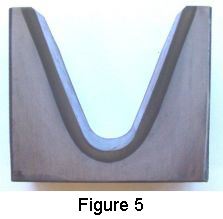 The single-head quenching machine tool of KETCHAN ELECTRONIC can be quenched for large parts with integrated special tooling of rotating dividing table, and can currently process parts with a diameter of 4m. This kind of machine tool, if added with a protective atmosphere cover, can avoid the formation of the workpiece oxide layer, without shot blasting, grinding, and other procedures. Especially for heavy-duty gear, after induction heat treatment, it is necessary to conduct hardness inspection and crack inspection on the whole tooth, which requires workers to spend a lot of time to grind the gear with gauze and stain it very clean for inspection. If the whole workpiece is quenched in a protective atmosphere, this situation will not happen again. This machine has solved the small power supply of large-size gear quenching, but relative to the overall quenching efficiency is lower, especially the specifications are bigger, more number of gear, the processing time is very long, into the tempering furnace temper first tooth have a tendency to craze and for this purpose, the EMA developed double heating quenching machine tool, greatly improving the production efficiency, reduces the cracking tendency of gear, also can be applied to induction quenching rack. A typical case is the induction quenching process of the Three Gorges Dam ship lift rack. The lifting mechanism of the ship lift consists of four large gears and four vertical racks with a total length of 113 meters. The weight of the ship lift will reach 34,000 tons.

In addition, the quenching method of the tooth surface is shown in Figure 6, and the sliced samples used for processing are shown in Figure 7, indicating that the distribution of the hardening layer is relatively uniform. 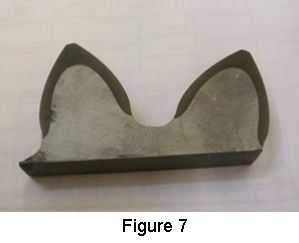