Quenching medium, as a kind of process material, is an important medium for the control of the cooling path, which enables the material to obtain the desired structure and properties, and endures the material with extreme service performance. In recent years, China’s aviation industry has made great technological progress, but in the field of heat treatment, there is also the phenomenon of “heavy heat and light cold”, that is, the importance of heating equipment and process but neglect the importance of quenching cooling.

There are many types of quenching medium, according to their characteristics can be divided into two categories, the first is the occurrence of state change, the second is not the occurrence of state change. The first kind of common water, salt or alkaline water solution, polymer aqueous solution, emulsion (slurry), quenching oil, etc.; The second kind of common salt bath, alkali bath, metal bath, gas, metal plate, etc. With the development of the material, heat treatment, and chemical industry, the industrially developed countries successively a series of new research and development of the various types of quenching medium, to adapt to the needs of the development of manufacturing industry, and for a variety of cooling characteristics of quenching and its physical and chemical properties and evaluate the performance of the device and method and so on gradually on the basis of the comparison research of the system, and some of which have been forming system and standard.

It is found that the cooling performance of N32 is much lower than that of the fast quenching oil. In the actual production of heat treatment, the poor cooling ability will bring a more serious impact on the products, especially for the products with a certain side effect, the impact is more obvious.

The use of mechanical oil limits the improvement of the level of heat treatment products to a certain extent. It has been proved by practice that the use of professional quenching oil in actual production has an obvious effect on improving the quality of products, and it is an inevitable trend to replace mechanical oil with professional quenching oil.

In recent years, more and more aviation enterprises have carried out technical upgrading and factory relocation, gradually bringing professional oil into production practice to replace the traditional machine oil. Since 2003, Jincheng Nanjing Electromechanical and Hydraulic Engineering Research Center have introduced the fast quenching oil into the production line of the multi-purpose furnace, and the production has been stable for more than 10 years. Compared with the original machine oil, the surface hardness of the workpiece is more uniform, and the hardness value is higher than that of the previous year. At the same time, the effective depth of the quenching layer of the processed products has also been improved. At the same time, the stability of oil products, long-term use still maintains the stability of the process, has been widely recognized. Hongdu aviation industry group, avic xi ‘an aviation brake technology co., LTD., the eagle’s aviation casting (Wuxi) co., LTD., ca in the hair of transmission machinery co., LTD., and other enterprises, in the process of equipment innovation and process improvement, gradually adopt professional quenching oil to replace the traditional quenching oil, for the whole quality of the aviation industry provides the basic references for ascension.

The activated carbon atoms formed by the thermal decomposition of quenching oil mainly occur in the steam film stage. The higher the quenching temperature, the easier it is to penetrate, and the carburizing layer is formed on the surface of the workpiece. At the same time, the surface of the steel is activated when it is heated in a vacuum at a high temperature. The higher the vacuum degree of the heating chamber, the higher the surface activation degree, and the easier it is to appear carburization phenomenon. In order to prevent this phenomenon, the vacuum quenching oil with high saturated vapor pressure should be selected and the heat treatment process should be improved. For example, the vacuum oil quenching of high-speed steel may form a 30-40μm carburized white layer on the surface of the workpiece. In order to prevent the carburization phenomenon, an appropriate heating vacuum can be selected, and measures such as gas filling before oil or gas-oil two-stage cooling method can be taken to improve the situation. 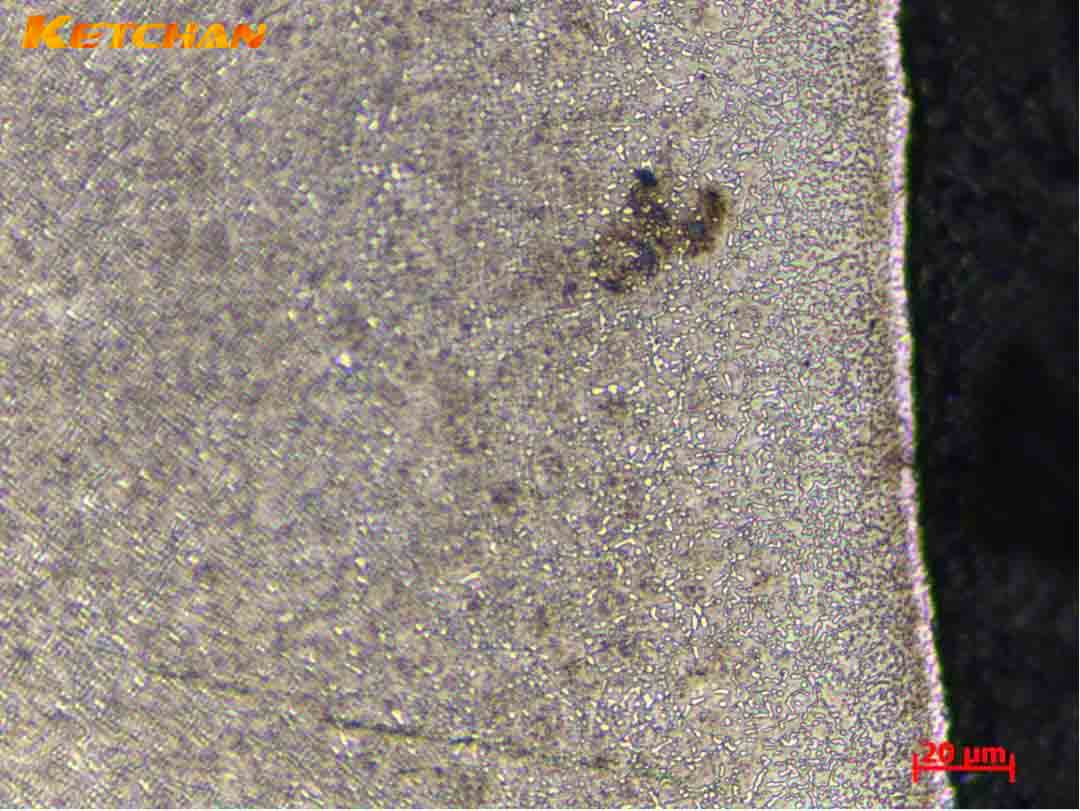 2. Application of water-soluble quenching medium and other quenching oil medium

Polymer water-soluble quenching medium PAG is the most widely used, which is widely used in automobiles, construction machinery, and other industries. PAG quenching liquid has been mature to replace the water quenching oil cooling process and has a deeper quenching layer without cracking. However, due to the characteristics of small batch and many varieties in the aviation industry, salt bath furnace is traditionally used for heating, which limits the promotion of PAG quenching liquid. However, with the replacement of salt furnace by base charging equipment, PAG quenching liquid is also gradually applied to ferrous metals.

PAG quenching liquid is also used in the solid solution of aluminum alloy by a small number of enterprises, such as Chengdu Aircraft Co., Ltd., Xi ‘an Aircraft Co., Ltd., and Comac.PAG quenching liquid can effectively reduce the deformation of aluminum alloy by more than 50%. It is widely used abroad and has a mature application process and standard system [3,4]. Although polymer quenchers are more expensive than water, they reduce the total cost by reducing deformation, reducing correction hours, and reducing product scrap rates. Boeing, for example, uses polymer solution quenching to almost eliminate quenching distortion, saving a total of more than $600,000 a year in calibration costs.

Fig. 2 Comparison of quenching deformation of 2A12 plate with PAG and tap water

In the aviation industry, molten salt, molten alkali and lead bath also have certain applications, among which molten salt is the most common application, mainly used for martensite grading quenching, bainite isothermal quenching and “sortenite quenching”.These quenching media belong to the medium without physical state change, according to some special technical requirements of the product, it is difficult to be replaced by other quenching media.

3. Analysis of relevant standards used by the aviation industry

Based on the problems of the aviation industry-standard system, researcher Tong Xiaojun from Beijing Institute of Aeronautical Materials organized the revision of HB 5354 and HB5415 in 2015. The author was honored to participate in the revision of the content related to quenching medium and promote the improvement of the unscientific and contradictory technical content in GJB 509B and HB5415 standards.

Bright quenching oil is suitable for the conditions requiring high brightness of products. At present, it has been used in the automotive industry, soft nitriding, and other fields, but this type is not specified in JGB 509B. With the development of the industry and the diversification of demand, bright quenching oil has its specific application fields. This type should be retained, and relevant indicators should be implemented according to HB 5415 and JB/T 6955. Two kinds of bright quenching oil are specified in HB 5415, which are ≤18mm2/s and ≤38mm2/s respectively. However, the practical engineering guidance is of little significance, so it is suggested to implement according to the relevant indexes of JB/T 6955.